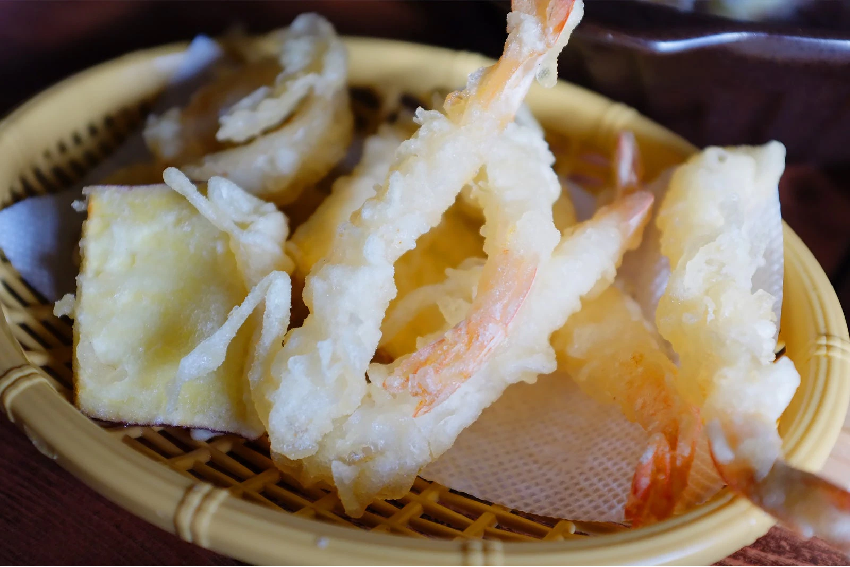 Asian gastronomy has been the protagonist of the enjoyment of the most demanding palates in many countries of the world where exquisite culinary elaborations, from the different areas of the Asian continent, have been made known and have come to stay. Thus, we can find the best-known dishes of Asian cuisine.

Western countries, for example, have not escaped knowing and experiencing the Asian culture represented by its wonderful cuisine. Later, numerous Asian restaurants were established in their countries, where Japanese, Chinese and Indian cuisine stand out, as well as others such as Thai, Korean, Vietnamese, and Arabic.

But why has Asian cuisine become popular in the world? Asian cuisine is an essential experience for many nations. This is due to its distinctive elements and the characteristics that we will summarize below. on the other hand, the influence that immigration from that continent has had and the possibilities of crossing borders through the internet. Its typical flavors, spices, and ingredients used, and the aromas it gives off make it unique, a reflection of an ancient culture.

Although Asian cuisine is very rich and varied, the dishes presented below have achieved the greatest popularity both in Asia and in the rest of the world: 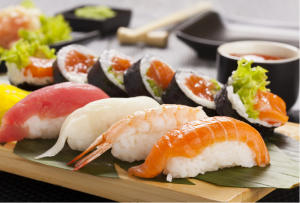 Sushi and Sashimi are typical dishes of Japanese cuisine, which have some similarities, but in reality, they are very different dishes that are sometimes confused. Sashimi is made up of slices of raw fish, mainly red tuna or salmon that are served with soy sauce, adding wasabi to taste. Sushi, meanwhile, is a dish that does not always use raw fish.

Sushi is cooked and consumed in many parts of the world. It is always made from rice and mixed with other ingredients such as salmon, tuna, mango, and avocado, among others. Nigiri, maki, uramaki, and temaki can be mentioned as the best known, although there are other forms of it.

The Banana leaf set dish comes from the traditional South Indian method of serving rice. This dish is served on a banana leaf, accompanied by an assortment of vegetables, pickles, and other condiments, mainly sour, salty, or spicy. Only a vegetarian sauce is served over the rice, being considered a traditional vegetarian dish. However, it is sometimes served with a boiled egg, fried meat, or seafood.

Traditionally, the Banana Leaf dish is eaten with the hands and only the right hand should be used, touching the food only with the tips of the fingers. No area of ​​​​the fingers after the first knuckle, or the palm of the hands, may touch the food. Part of the etiquette of the Banana leaf dish dictates that, after the meal, the diner should fold the banana leaf inward as a sign of gratitude.

Pad Thai is the best-known traditional dish in Thai cuisine. It is a preparation that combines long rice pasta (usually rice noodles) as its main ingredient with vegetables and shrimp. It can also be made with chicken, pork, fish, or tofu. This dish is characterized by tamarind sauce and fish sauce and is decorated with chopped peanuts, cilantro, and a lemon wedge.

The tempura was introduced by the Portuguese in Japan in the 16th century, is very popular today, and refers to the typical Japanese fast frying, especially seafood and vegetables that are fried in oil at 180 ℃ for two or three minutes.

In high-end restaurants, sesame oil or a mixture of it with other oils is usually used. To be consumed, it is dipped in a Tentsuyu sauce made from broth, soy sauce, and sweet sake to which grated ginger, radish grated, and spices are added.

The Roti canai is a dish of Indian origin, but it has become famous and typical in Malaysia. It consists of a type of circular flat bread that, in its ideal form, is fluffy on the inside and crunchy on the outside, which is accompanied by lentil curry, with the possibility of adding fried eggs, fish, meat, and vegetables.

Bibimbap is a Korean dish that means “mixed rice” or “mixed food”. It could not be more accurate, as it perfectly describes the composition of the dish. It has white rice, meat, vegetables, eggs, seafood, and pepper paste. All this is placed in a bowl and the result is visually wonderful. Apparently, it is a dish that is highly consumed by celebrities because of how nutritious, complete and delicious it is.

Bibimbap is a Korean dish that means “mixed rice” or “mixed food.” It consists of a bowl of white rice with vegetables and meat on top, egg, seafood, and hot pepper paste. At the moment of consuming it, the ingredients should be stirred, and add sesame oil and red hot pepper paste. It is usually served alongside a soup or other side dish.

It is possibly the best-known Indian dish today and very popular in Southeast Asia. It is a dish that consists of grilled chicken previously marinated in yogurt and seasoned with garlic, cayenne pepper, paprika (these last two give it its typical red color), ginger, cumin, and other spices.

Tandoori chicken is cooked at high temperatures in the tandoor (a type of Hindu clay oven), but it can also be cooked on a grill, in both cases giving it its characteristic smoky flavor from wood and charcoal. It is a dish that is traditionally served piping hot.