15 delicious Asian foods you must try 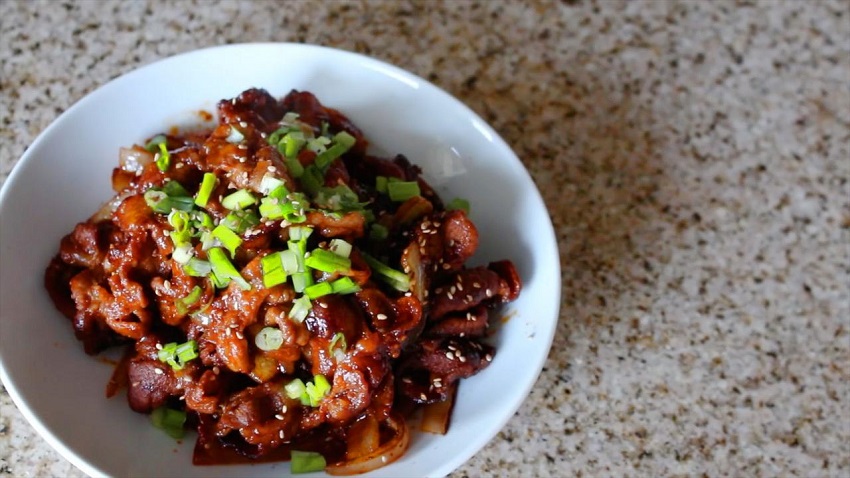 Strange dishes, unusual soups, exotic fruits, and desserts are as popular in America and Europe as in Asia; a little of everything brings together the vast and ancient Asian culinary art. These are 15 Asian delicacies that you cannot stop trying.

Like some French cheeses, this Japanese delicacy is constantly fighting its bad smell. It is a fish that is dried and cured in brine, although the amount of salt used is less than in traditional salted fish. The brine used is called Kusaya Honda, in which the fish is submerged for up to 20 hours. The Japanese accompany it with sake and shochu, although the more traditionalists prefer to do it with Shima Jiman, a traditional drink. The recipe originated in the Izu Islands during the Edo period. Although it stinks, it is mild in flavor. 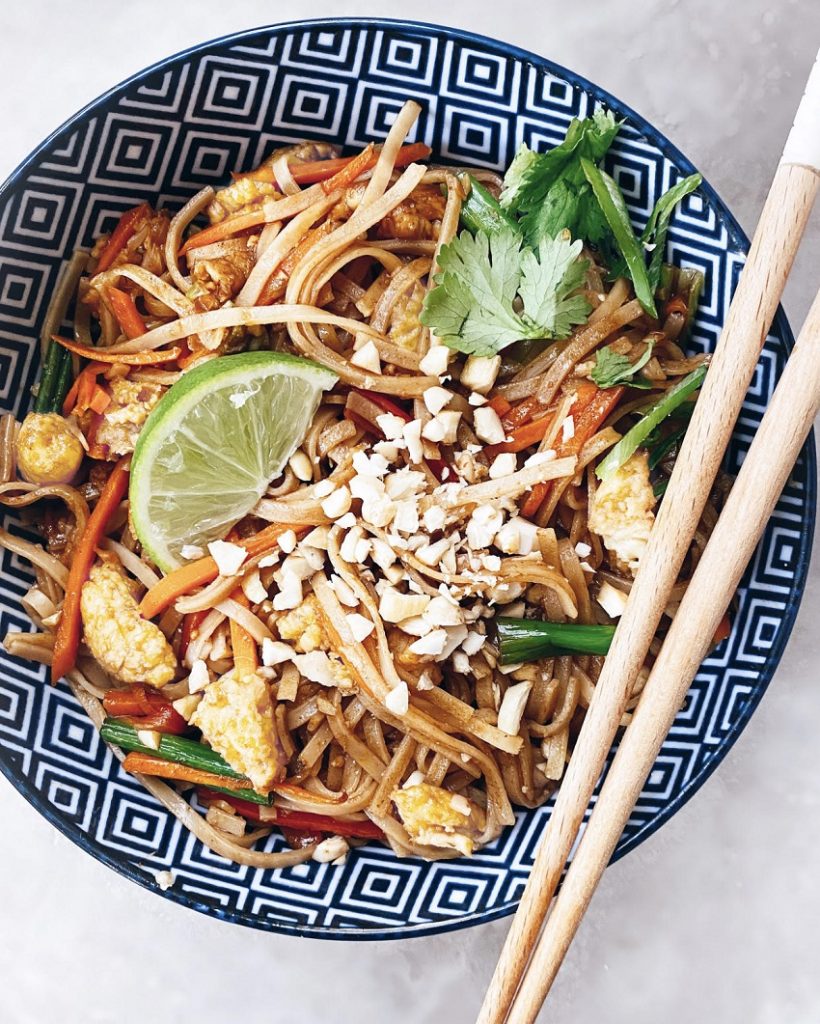 It is one of the most popular dishes in Thai cuisine. It is prepared in the traditional wok used for cooking in the Far East and Southeast Asia. The main ingredients are chicken or shrimp, rice noodles, eggs, red pepper, bean sprouts, fish sauce, and tamarind sauce, which are sautéed in the wok. The preparation is decorated with chopped peanuts and coriander and a lemon slice is on the plate that must be squeezed over the food. It is a dish that Thais usually eat on the street, at affordable prices, in high demand in crowded places such as train and bus stations.

It is the most practical and economical food of the Malays since it is a flatbread that in its most basic version is accompanied by lentil curry and is eaten on the street with your hands. There are also versions that incorporate other ingredients, such as fried egg, meat, fish, grains, and vegetables. The dough is prepared with flour, egg, water, and a good portion of fat. You can also add condensed milk to sweeten. The preparation and stretching of the dough until it is ready is a picturesque street spectacle. Roti canai is native to India and is widely eaten in this country and in Singapore as well.

More than a dish, it is a very spicy Indonesian style of cuisine, originally from Padang, the capital of the West Sumatra province. It is a small feast that can include meat, fish, and vegetables, dressed with a sambal sauce, made from various hot chilies, shrimp paste, fish sauce, garlic, and other condiments; all accompanied by steamed white rice. Padang restaurants are easily distinguished by their custom of displaying food behind glass to stimulate the public. It is also widely consumed in Malaysia, Singapore, and Australia, a country with a large community of the Minangkabau people, the author of the recipe.

Fried rice is one of the most popular dishes of the Asian giant in the West. It is known by various names in Latin America and Spain, such as Chinese rice, Cantonese rice, Arroz chaufa, and chofán. It is prepared by sautéing the rice and the ingredients in a wok with oil, over high heat. The basic ingredients are usually meats, shrimp, vegetables, Chinese onions, chopped omelet, soy sauce, and the inevitable Chinese roots. There are numerous versions, which can include other vegetables and sauces. There are also those who prefer to sauté with animal fat and not with vegetable oil. It is an ancient dish, which was consumed in Chinese homes 4,000 years ago.

If you want to know something exotic about Chinese culinary art, this would be a controversial choice. The Aerodramus is a genus of birds that live in the tropics and subtropics of Asia and Oceania. These birds use their saliva as glue for the fabric of their nests, which are firmly solidified. The Chinese chop up these nests and prepare a soup with chicken broth and other ingredients. They are perhaps the only birds in the world that are not hunted for their meat or eggs, but for their nest, to the point that species are at risk. The scarcity of nests has brought the dish to astronomical prices, coupled with the belief that it has medicinal and aphrodisiac properties.

It is an Indian dish that Hindus have brought all over Asia and other parts of the world. It is what in some western countries they would call the “dish of the day” or the “executive menu”. It includes portions of rice, vegetables, pickles, and flatbread, accompanied by sauces and spices. The most original version is served on a banana leaf, but in many places, this natural “tableware” is dispensed with. By tradition, you should eat it with your right hand, even if you are left-handed. If you were satisfied, you should fold the banana leaf inward.

The best-known dish in Japanese cuisine is characterized by a large number of forms and ingredients, although the basic sushi is cooked rice seasoned with rice vinegar, salt, sugar, and other ingredients. The popularization of healthy diets in the West has placed sushi in a privileged place as healthy food, moderate in quantity and light to digest. One of the best-known versions is nori, in which rice and fish are wrapped in a sheet of seaweed. Although the dish has long been associated with Japan, sushi is eaten regularly in many Asian countries.

It is a Chinese dish that has become popular in other Asian countries, especially Malaysia. These are flat noodles fried in high fat, along with prawns, cockles, eggs, chili peppers, soy sauce, and Chinese garlic. It is a food of humble origin, which in its first versions was prepared with pork fat. It gets a bad rap for its high-fat content, but it’s very energetic. The Malays have recipes that use duck eggs and crab meat.

It is a contribution of European culinary art to millenary China since it was introduced by the Portuguese in Macao, from where it was popularized by the rest of the immense country. It is a tartlet that is eaten as a snack or as a dessert, prepared with a puff pastry and a cream based on egg yolk, milk, and sugar. The original recipe, which was given the name Pastel de Belem, is believed to have been invented in Lisbon in the 18th century by monks of the Order of Saint Jerome, who kept the formula secret. They are now eaten everywhere, thanks mostly to the pastry made by diligent Portuguese colonies around the world.

Delicious fruits, little known in the West, are produced in the Asian tropics. Imagine a salad with dragon fruit, rambutan, carambola, mangosteen, and durion, unusual, right? The dragon fruit or pitahaya has pink or yellow skin, with white pulp and black seeds. The rambutan is covered with soft thorns and its juicy pulp can be very acidic or very sweet. Carambola is also called Star Fruit and Chinese Tamarind. The mangosteen is the job of India. Durion is called the “King of fruits” in Asia. All are Asian fruits, refreshing and nutritious, to enjoy a special salad.

Taiwanese cuisine is very rich and varied. Among its typical dishes are pork balls, oyster omelet, rice vermicelli, and stews in soy sauce. After tasting one of these delicacies, it is best to close with a nice Crazy Dessert from Taiwan. Bring grass jelly; pieces of sweet potato, pumpkin and taro (taro in Mexico and other Latin American countries), palm sugar, and crushed ice. A sweet that feels great on the body in the heat of Kuala Lumpur, Bangkok, Hong Kong, New Delhi, and other Asian cities.

We apologize for sensitive noses, but it is impossible to list Asian gastronomic delicacies without including stinky tofu, a popular snack or side in China, Indonesia, Thailand, and other Asian countries. A mixture of milk, meat, dried prawns, vegetables, herbs, and spices is prepared, which is fermented for weeks and even months. The result is a product with a strong smell, which is fried before serving with a hot sauce. It has a mild flavor, similar to that of blue cheese, some experts say.

If humanity got used to eating insects instead of mammalian meat, the problems of climate change would be largely solved. Entomophagy is the habit and art of eating insects and the continent where it is most practiced in Asia. When Westerners fancy a snack, they think of French fries, cookies, or something similar; Thais and other Asians in the same trance imagine delicious fried grasshoppers, roasted dragonflies, or sautéed wasp larvae. In any city in Southeast Asia and the Far East, you can be served a crunchy portion with the insects of your choice. If you still don’t have a preference, go ahead and try something. Maybe you will become a western pioneer for the salvation of the planet.

It has become well known in western restaurants, but there is nothing like trying it in Asia, preferably in Beijing. The 11 week old 3kg duck is inflated to peel the skin of the meat. The piece is covered with molasses and roasted over low heat, hanging from a hook. First, you eat the crunchy skin, which is the most desired delicacy; then slices of meat and skin are served on crepes, also placing strips of vegetables and a soy sauce. So that you do not miss anything, the last dish is a soup prepared with the bones of the duck.