Some famous recipes of Spanish gastronomy 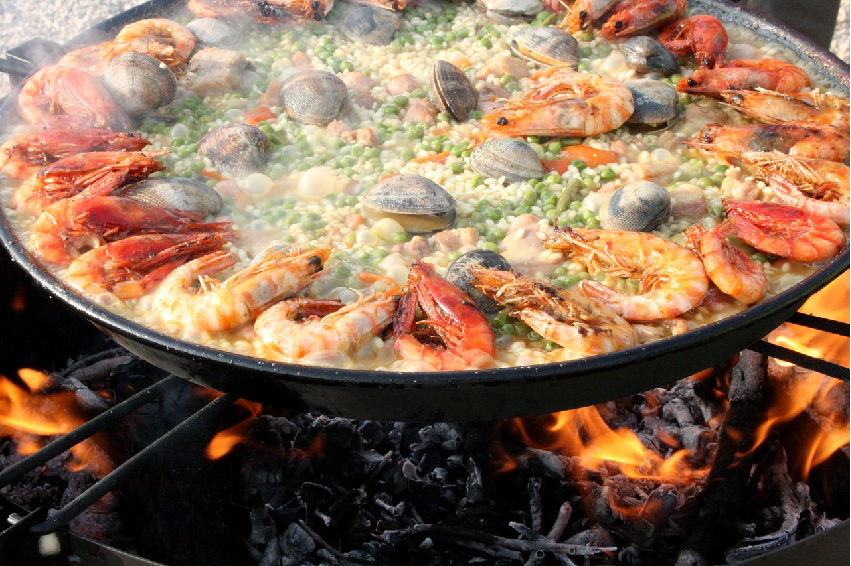 Spanish gastronomy is world-famous and some of its typical dishes are so popular that you have to try them during your trip to Spain. All the recipes that we propose below are so well known that it will be easy for you to find them when ordering in a restaurant. And then, to upload photos to the internet to make your friends envious. Remember that these are just a few examples. 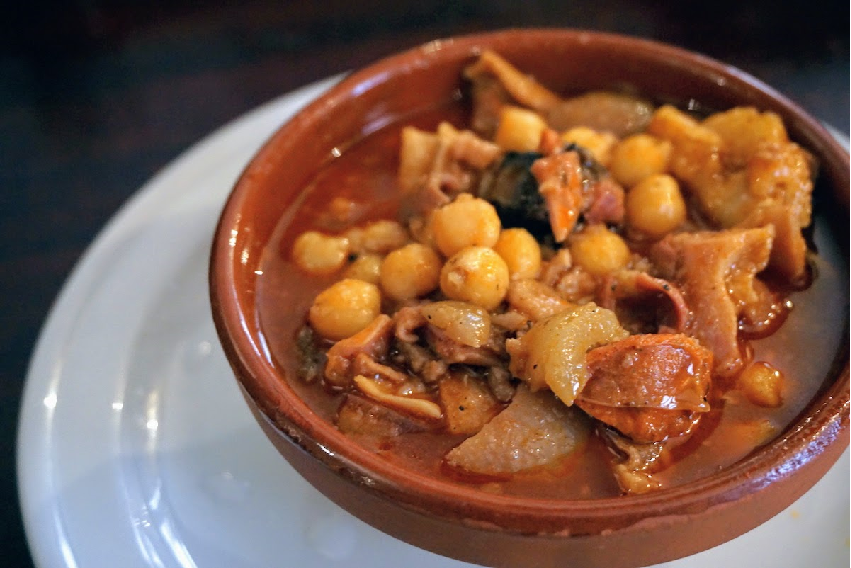 A very warm stew is a pleasure within everyone’s reach. Although there are various types of stew, the one is known as madrileño has a traditional way of eating it: start with a tasty soup with noodles, then chickpeas and vegetables, and finish with meats and sausages. How good it feels especially in winter.

It is a traditional cold soup that can be found in different regions of Spain such as Extremadura, Andalusia, or Castilla-La Mancha. The most popular is the Andalusian which is made, among other ingredients, with tomatoes, peppers, and garlic (all chopped). In addition to being healthy (it is an example of our Mediterranean diet), it is delicious.

One of the most typical recipes from Galicia, in northwestern Spain, could not be missing from this list. Connoisseurs say that it should be served on a wooden plate and sprinkled with a good handful of coarse salt, paprika (spicy for the most daring), and olive oil. There is no self-respecting festival in Galicia that does not have it.

We continue in the north of Spain, although this time in Asturias. After a long morning of sightseeing, who doesn’t feel like sitting down at a set table and eating a good dish made up of fables (beans) that are cooked together with black pudding, chorizo, bacon, and pork shoulder. I’m sure you’ll replenish your energy.

There are a wide variety of versions, although many say that authentic Valencian paella is made with Valencian rice, chicken, rabbit, snails, garrafó (white beans), tabella (soft beans), Herradura (green beans), garlic, tomato, paprika, oil, salt, and saffron. A piece of advice: nothing like savoring it freshly made on a terrace on the shores of the Mediterranean Sea.

It can be considered the quintessential typical Spanish dish and you will find two opposing sides between those who defend that the authentic one is made without onion and those who assure that this ingredient is fundamental for a good omelet. Without going into controversy, what it will surely carry is eggs and potatoes. There are many bars in Spain whose star dish is precisely this. The truth is that it is very good and we advise you to try it.

The fish of the Basque Country is exceptional and, for this reason, there are many recipes that use it, as is the case with this codfish. Thanks to the juices of the fish and the skill of the cook, a very good gelatinous sauce are obtained. In addition to ordering it in a restaurant, you can also encourage yourself to prepare it in one of the traditional cooking workshops organized in this area of ​​​​Spain.

Typical of the gastronomy of Castilla y León, the traditional thing is to roast a suckling lamb (suckling lamb) in a wood oven, chopped in a clay pot. The caramel tone that it obtains makes it ready to eat. In some places in Castilla y León, lamb is replaced by a suckling pig and it is cooked in the same way. Both are an institution of gastronomy in this area. Do not leave without trying them.

It is popular to have them for breakfast or a snack and, of course, accompanied by hot chocolate or sprinkled with icing sugar. You can also find stalls on the street that sell them freshly made. Discover how to prepare this famous Spanish breakfast at home.

A sweet and delicious almond cake decorated with the Cross of Santiago. This is the star product of Galician confectionery and a classic in the suitcase of pilgrims who complete the Camino de Santiago. A trick to recognizing the good cake of Santiago, it is really fluffy.