Sweet potatoes: that’s why you bring them to the table more often 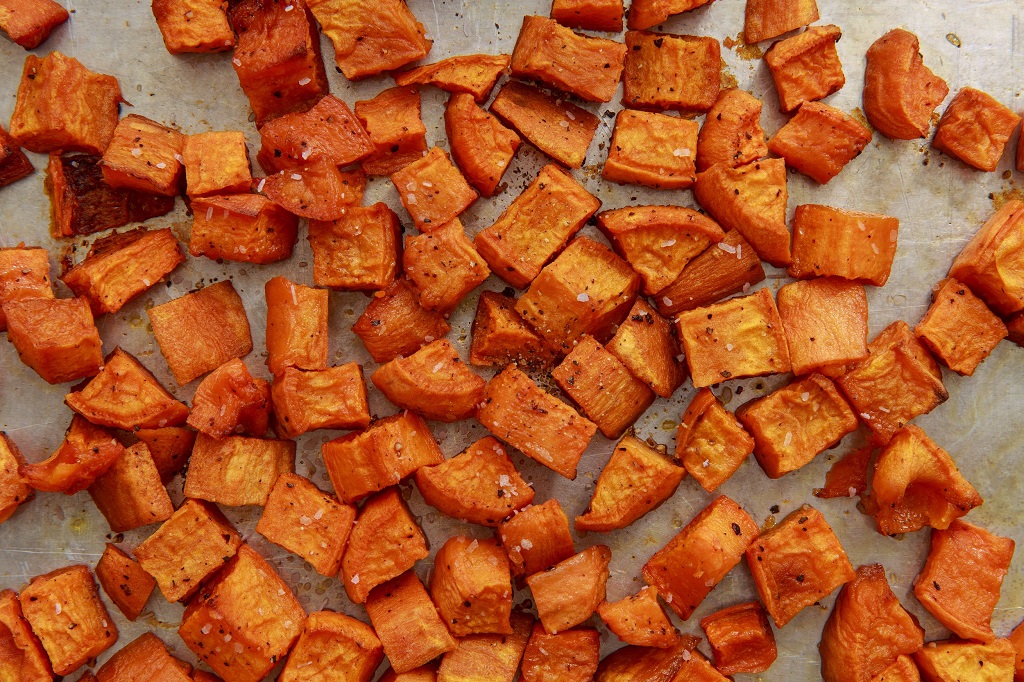 The batata, or sweet sweet potato, is a very consumed tuber both in America and in Japan. A food that is actually appreciated and used in all cuisines of the world, just think that in Italy (especially in Lazio) there are areas where the potato is successfully grown, which is also very rich in nutritional properties. Maybe you don’t know what it is, you’ve never tasted it, or you don’t know how to cook it because of its much sweeter flavor than that of the classic potato: let’s find out everything there is to know about sweet potatoes.

What are sweet potatoes?

The sweet yams or sweet potatoes are tubers of the Ipomea Batata family (hence the name). The orange-fleshed American potato is referred to as batata, but there are also varieties of white and purple batata.

The adjective “sweet” is due to its slightly sweet taste which, however, like pumpkin, is perfectly compatible with all savory menus. The American red sweet potato is rich in virtues, partly traceable in the color of its paste.

What is the difference between sweet potatoes and traditional potatoes?

Seen from the outside, sweet potatoes and traditional white ones are quite similar, while the pulp is very different: not only for the color (that of the sweet potato is orange) but also for the consistency, which is more fibrous in the yam.

From a nutritional point of view, red yams are preferable to normal “white” potatoes. This is because they are much richer in nutrients (one example above all, beta-carotene ). But that’s not all: sweet potatoes also have a lower glycemic index than traditional potatoes and are hypoglycemic. Hence, they prove to be a better choice for lowering the glycemic load of the meal. More suitable, therefore, for those who must keep their blood sugar under control for various reasons (including diabetes).

From the point of view of taste, the sweet potatoes are tastier even if enjoyed with very few condiments. Therefore, more suitable for slimming regimes and also for detox and deflating diets. Naturally tasty, sweet potatoes also require less salt.

As for nutritional values, sweet potatoes contain about 85 calories per 100 grams. A dozen more than traditional potatoes. But, in the face of this slightly higher caloric content, it is important to underline the lower glycemic index of the sweet potato.

Let’s assume that, as we have already mentioned above, American sweet potatoes are to be preferred in the orange paste version, or the red ones. In fact, from a nutritional point of view, the orange color indicates a high content of beta-carotene. The latter is an important antioxidant, which is a substance that protects cells from the action of free radicals. Beta-carotene is also valuable for eyesight, skin, and the immune system in general.

Not just beta-carotene, the  Center of Science in the Public Interest  (CSPI) places the sweet potato at the top of a ranking of healthier foods. In the yams, we also find precious vitamins such as vitamin C and vitamin A. And essential minerals, including iron (they are an excellent source of iron even for vegans and vegetarians) and calcium, precious for bones but also for losing weight. The amount of potassium is also excellent: this means that the yam helps those who need to deflate, works as an anti-fatigue food, and is an ally in case of high blood pressure values.

The yams are also rich in fiber, especially in the peel. Peel in which numerous of the tuber’s beneficial substances are contained. In fact, it is advisable to cook the sweet potatoes preferably keeping the peel (cooked in foil for example). Finally, the yams do not contain gluten and are therefore also suitable for the diet of those suffering from celiac disease.

As for the contraindications, the yam is generally not recommended in all cases of diverticulitis, ulcers, and urinary problems. Although each case is unique and the consumption of the tuber should be evaluated together with the doctor and nutritionist.